It’s time to give news also on the supply for a new industry. We came into contact with the national space industry already in December 2015. Since the beginning of 2018, we have made several products for the space industry. The first step was our involvement in mission RADCUBE 3U, in the framework of which we manufactured the whole mechanics of the RadMag radiometer for the Energy Science Research Centre for both the engineering development and the aviation units, then we made the frame structure of the Radcube satellite, the antenna opening unit and the related PCB holders for the C3S.
The RADCUBE 3U satellite was built in cooperation with the European Space Agency under management by C3S Kft. as a consortium, the scientific experiment within the useful cargo hold is coordinated by the Energy Science Research Centre. Though the project is managed by Hungarian specialists, many international participants are also involved in the consortium: the Polish Astronika and the International College of London from the United Kingdom have developed key parts of the device implementing the scientific experiment. Suppliers supporting the consortium also had a decisive role in the project, including the developers of the Spanish DHV making the solar panel and the colleagues of the Belgian KU Leuven making the stability control unit. Beyond the platform and the RadMag measuring instrument, a radiation tolerance experiment and a radio frequency experiment within a satellite will be also launched soon by the European Space Agency. 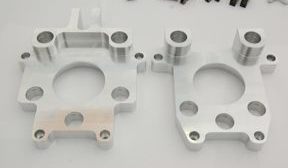